The New York High Line was constructed in 1930 to divide the urban traffic from commercial traffic, going through the city from 14th street, the Gansevoort Meat Packing district, to the 34th street /Penn Station. This track was not used a lot and, because of this, it was abandoned for many years.
In all of New York City there not many other places that are so original and suggestive. Looking on West you can see unexpected views of the Hudson River and on the East you can see the imponent Manhattan skyline.
The impression is that of flying mid air on the “urban surface.” It is a kind of “non-place” where you can feel the flux and the speed of the city that is in continuos trasformation.

The mile-and-a-half path of concrete planks will weave among plants and wildflowers like a curvilinear boardwalk meandering through a floating garden. Some entrances will emphasize a gradual ascent from the grit and congestion of the city’s streets to an oasis of pastoral calm. The 22-block stretch is to include the unexpected: an adjustable chair that can become a table or a chaise longue; a walkway flanked by a wetland with lily pads.
These details and others have been refined over the last several months by designers who plan to create an elevated public walkway out of the High Line, an abandoned railway that runs 30 feet above the city between 10th and 11th Avenues in Manhattan, from 34th Street to Gansevoort Street in the meatpacking district. The most recent digital drawings and renderings, including a 20-foot-long architectural model, go on display at the Museum of Modern Art tomorrow.
“Landscape architecture and urban design are completely integrated,” said the show’s curator, Tina di Carlo, an assistant curator in the museum’s architecture and design department.
Construction of the project, designed by the New York-based architectural firms Field Operations and Diller, Scofidio & Renfro, in cooperation with the city and the nonprofit group Friends of the High Line, is expected to begin by year’s end.
However innovative the design, the ultimate aesthetics and workaday experience of the High Line will hinge on how it relates to its surroundings, which are currently in flux. New construction is planned along the High Line, including several buildings that will intersect the railway. In addition, the Jets stadium and convention center, if built, could have a profound impact on the High Line’s views and crowds.
The design team has been focusing on the first phase of the High Line, the southernmost portion, from Gansevoort Street to 15th Street, deciding on elements like seating, security and access. “It’s answered a lot of the practical questions we’ve always had: how do you make it safe, and how do you get up there? At the same time, how do you keep it interesting?” said Robert Hammond, a founder of Friends of the High Line.
The designers are beginning to consider how the High Line will pass through or abut various new buildings, including a 15-story André Balazs hotel designed by Polshek Partnership at 13th Street; a building designed by Robert A. M. Stern between 17th Street and 18th Street, developed by Edison Properties; and a building designed by Frank Gehry, developed by Georgetown Partners between 18th Street and 19th Street.
“Yes, it poses technical and financial burdens on the hotel,” Mr. Balazs said. “But I think the goal is to embrace it. As difficult as it is, I think it’s really worth the challenge.”
Much of the designers’ work has been devoted to seeking a balance between preserving what one called “the romance of the ruin” – wild grasses growing up through the metal skeleton of rails and rivets – and creating a fresh green corridor for pedestrians. (The High Line is currently off limits.) “There is an ecosystem in place,” said Elizabeth Diller, one of the architects. “The moment you let people up there, that ecosystem will be destroyed. We have to find a way for humans and growth to coexist.”
James Corner, the founder and director of Field Operations, the project’s landscape architect, described the challenge as “how to maintain the magic of the High Line as a found landscape in the city, yet at the same time accommodate the numbers of people who want to stroll up there.” The concrete planking system is to cover about half of the High Line, a soft layer of vegetation the remainder. But these proportions are flexible; planks can be added to reduce the amount of greenery and vice versa.
“We’re trying to keep this as uncommercialized as possible,” said Ricardo Scofidio, another of the architects, “to keep it simple and natural and not to overwhelm it.” 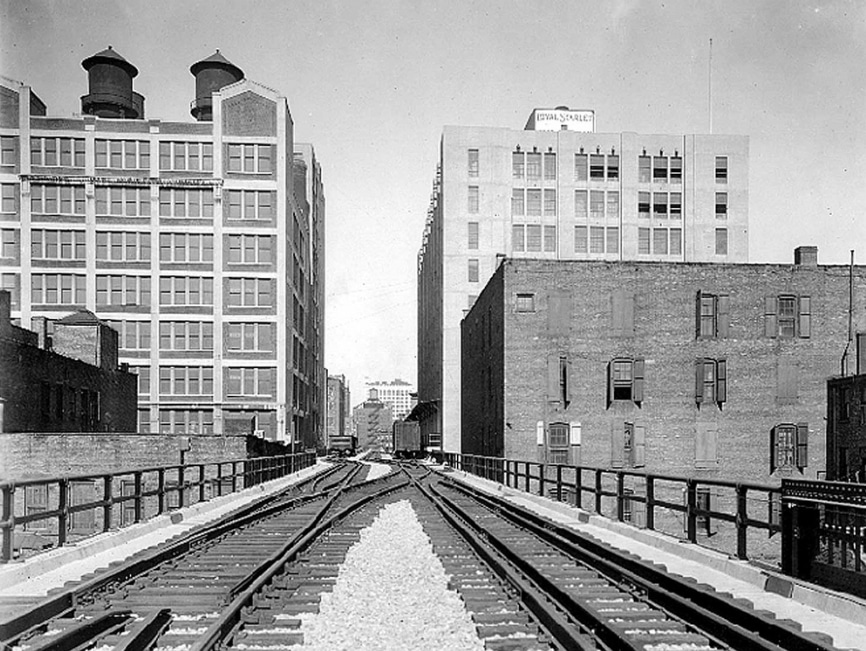 Get ready to study English in the UK